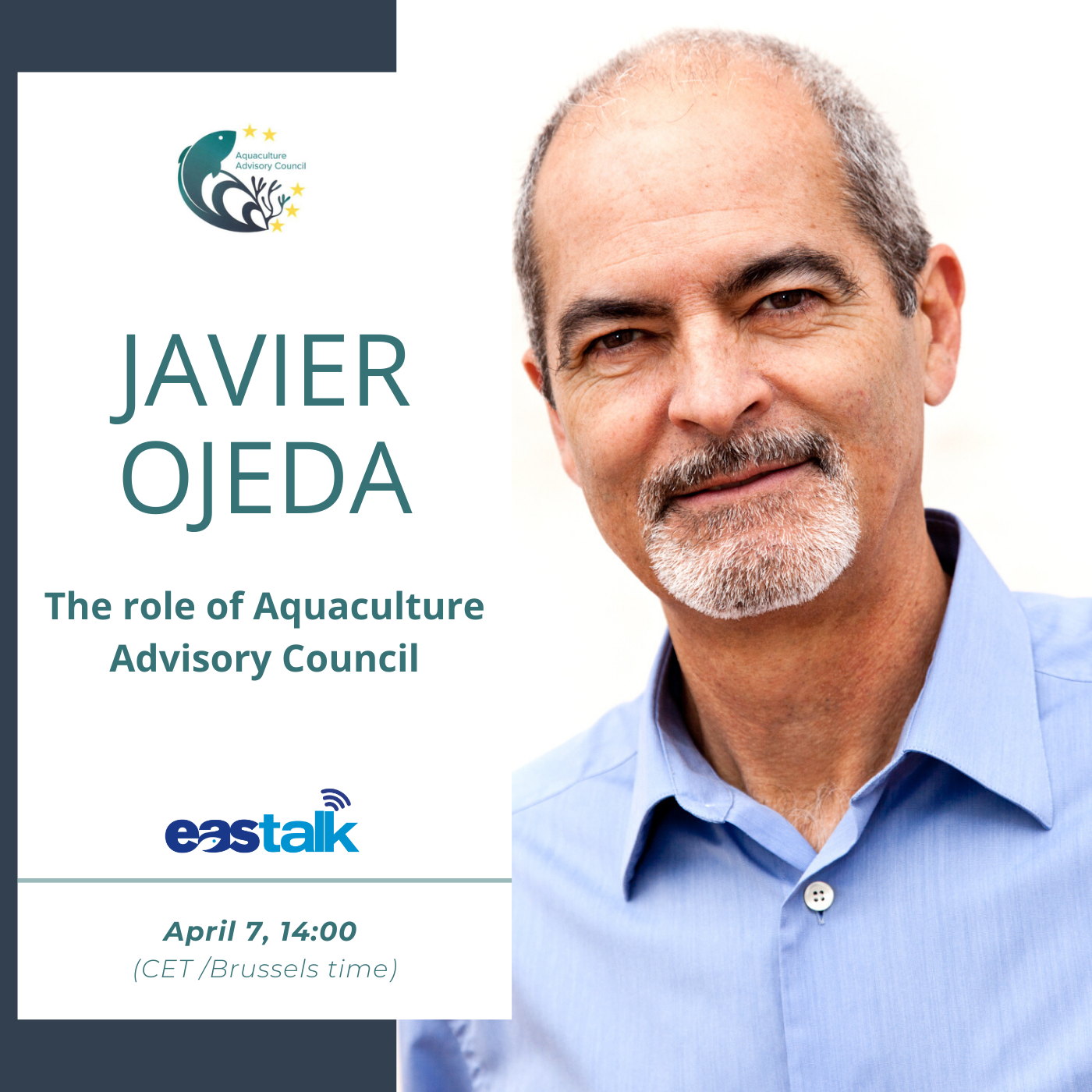 In our next webinar, Javier Ojeda will give a presentation 'The role of the Aquaculture Advisory Council' on April 7, at 14:00 (CET/Brussels time).

The Aquaculture Advisory Council is a multistakeholder organization, based in Brussels, that provides advice on the sustainable development of aquaculture to the European Commission and to the Member States.

This presentation will explain its structure and functioning. Some examples of recommendations will be shown

Javier Ojeda is Chair of the Aquaculture Advisory Council (AAC) and presently Interim General Secretary of the Federation of European Aquaculture Producers (FEAP), besides keeping relations with the European Commission, the European Parliament, the European Economic and Social Committee, FAO, IUCN and other relevant international organisations.

He is a General secretary of the Spanish Aquaculture Farmers Association (APROMAR). Nevertheless, he is also Vice president of the Spanish Technology Platform for Fisheries and Aquaculture (PTEPA), Counsellor at the Spanish Economic and Social Council and Chair in the Spanish Standardisation Bureau on aquaculture. From these positions he contributes at a national level promoting responsible aquaculture in front of public authorities, policy makers, trade unions, media, NGOs and researchers. Javier is also deeply involved at international level.

Video is available under the members section/EAStalk webinar/video.