Honorary Life Membership is the highest EAS award and is given to those persons that have had a marked impact on the development of European aquaculture. Since 1981, EAS has bestowed this award on only 10 persons, including such names as Eric Edwards, Bernard Chevassus-au-Louis, Peter Hjul, Colin Nash and more recently, Courtney Hough, Pascal Divanach and Patrick Sorgeloos.

The award was presented by incoming President Sachi Kaushik, who expressed his own personal pleasure in the nomination that had been approved by the EAS Board of Directors in 2013. Sachi introduced the awardee by his contribution towards making everyone aware of the well-recognised role of aquaculture in feeding the masses and his deep involvement in breaking frontiers. 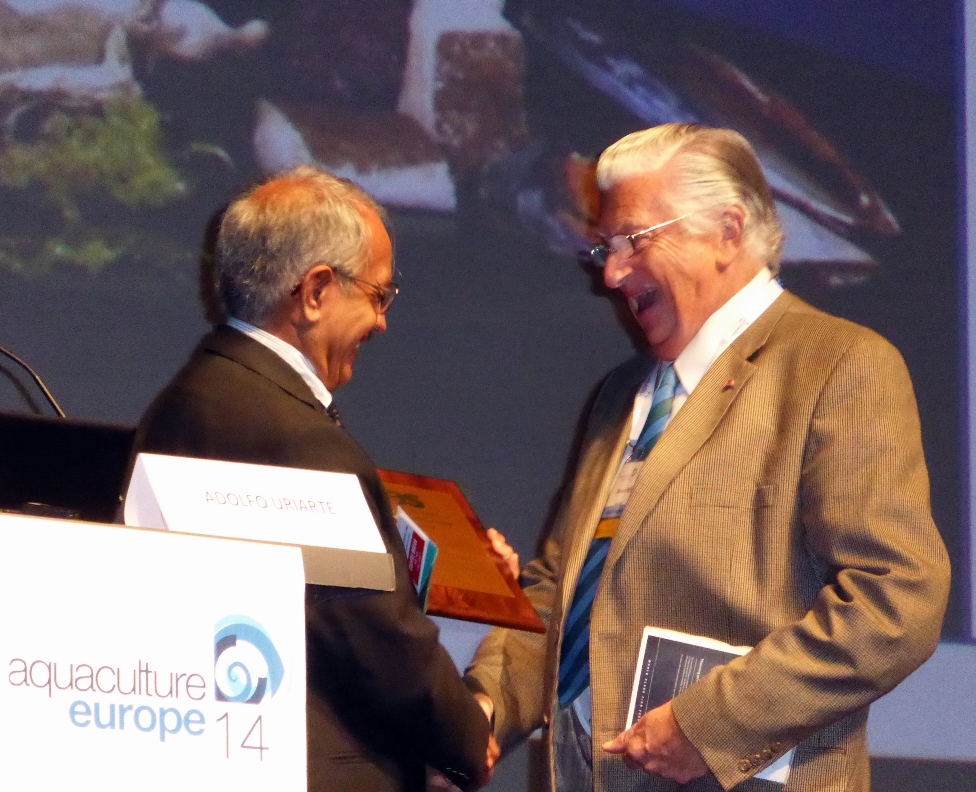 Michael New has been involved with EAS for many years, as a member of the Board and as President of the society. He is also a member of the Editorial board of the EAS journal, Aquaculture International. He has been involved in aquaculture for almost forty five years in both private and public sectors and in many countries throughout the world. He held positions in FAO and UNDP as a staunch promoter of aquaculture. As a convinced European, and recognising the importance of Asian aquaculture development, he initiated projects involving EU knowledge and technology transfer through programmes such as the EU-AADCP , creating links between Europe and Asia through the organisation of training courses, helping to create experimental facilities and making the representatives of developing countries aware of European research and technology in aquaculture. Having been the president of the World Aquaculture Society (WAS) from 1997 to 1998, he was awarded the Honorary Life Membership of WAS in 2002 and subsequently (in 2009) he received the WAS Exemplary Service Gold Medal. He is a member also of the Asian Fisheries Society and an Honorary International Life Member of the China Society of Fisheries.
A major action showing his commitment to the cause of aquaculture was by his founding of the NGO Aquaculture without Frontiers (AwF ) in 2003 and recognised globally for its commitment to help and support small farmers and improve their livelihoods. Some 15 years ago, Michael New was awarded the Order of the British Empire by Her Majesty Queen Elizabeth II for services to aquaculture in developing countries.

The outgoing EAS President Kjell Maroni then took the floor for a second award. 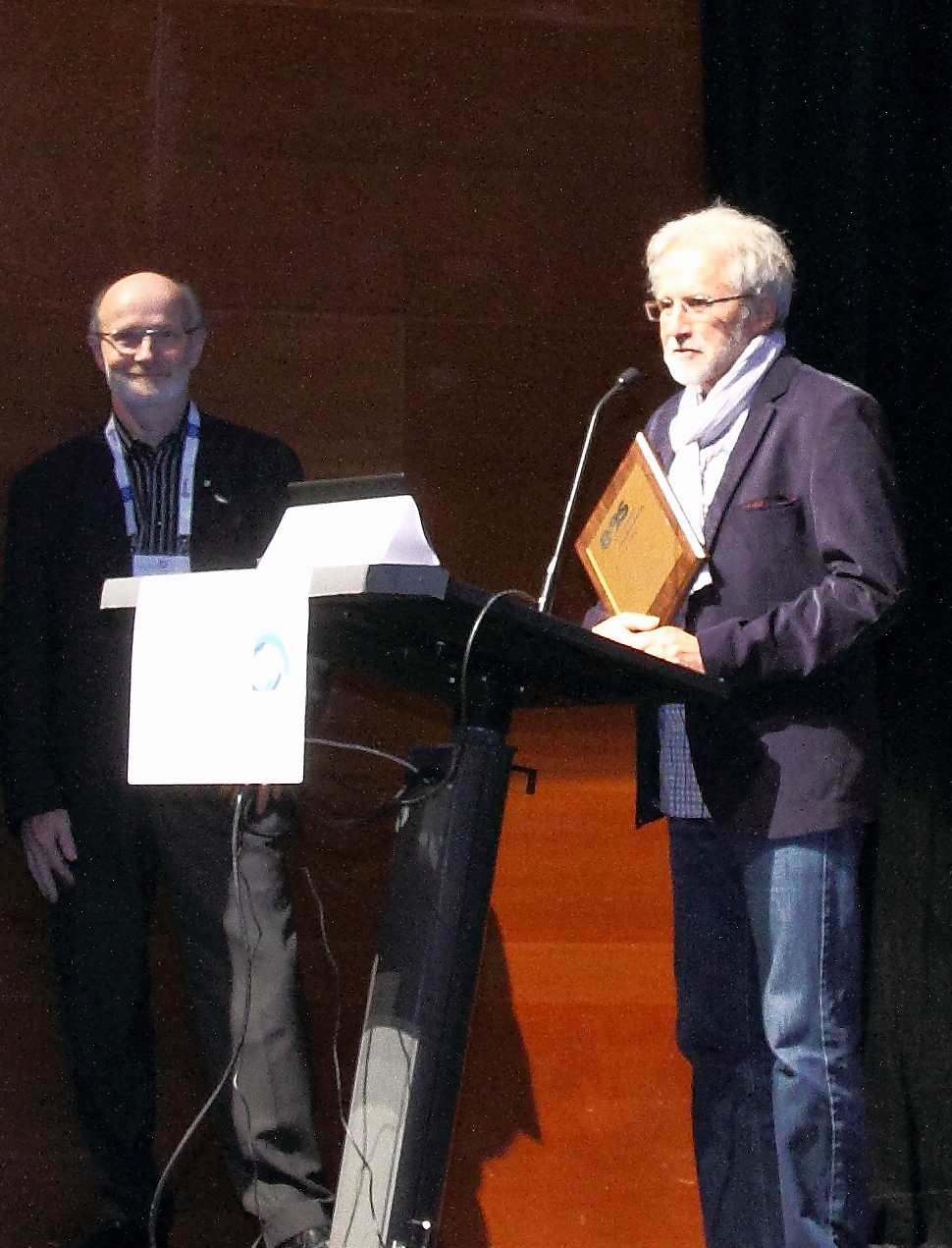 EAS has an award for Distinguished Services that is destined for individuals that have devoted very significant effort and time to the development of EAS and its objectives. The Award for Distinguished Services has only been presented twice in the history of EAS. The first time was to Prof. Guido Persoone, who was one of the "founding fathers" of EAS, its President from 1980 to 1982 and its Treasurer for 6 years. The second awardee was Prof. Niels de Pauw, EAS secretary for 4 years. Both were eminent scientists, but they also believed so strongly in the need for a European network for aquaculture that they worked long and hard to make it happen.

The EAS Board decided to give this award for the third time to the eminent scientist, Yves Harache, who experienced and made significant contributions to the development of aquaculture over the last 40 years throughout the globe and from salmon to shrimp. Yves Harache played a major role in the governance of EAS with a total of 16 years on its Board of Directors. Firstly, from 1994 to 2002 and again from 2006 until 2014 when he stood down at the EAS annual General Assembly, held at AE2014 on October 15.